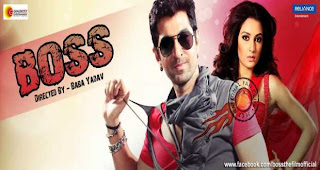 Boss is a 2013 kolkata Bangla romantic action movie which is the remake of Telugu film BusinessMan. The film is directed by choreographer Baba Yadav and produced the banner of Reliiance Entertainment and Grass root Entertainment Pvt. Ltd. The film stars Jeet and Subhasre Ganguly in lead roles and Chiranjeet Chatterjee in supporting roles. This is first film of both together.