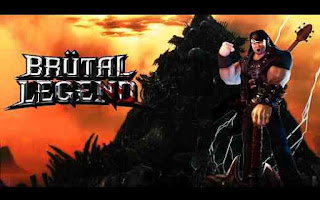 Brutal Legend Update 2 PC RELOADED Scene group RELOADED released the latest update for Brutal Legend, read NFO for changelogs. Major Fixes: Fixes bug where players who started playing single player on or after the 28th of February would be unable to continue their save. All of the saved data should be intact. This bug was that the game was falsely reporting that there were no save games and now thats fixed Interpolated re-enabled with improved logic to avoid the post-pause stutter and to generally be smoother than before Alt+Tab works much better in the albumn cover menu. Backgrounds no longer go black when alt+tabbing. Some UI textures may still exhibit problems elsewhere in the game Matchmaking will allow a much broader range of players to match with one another, fixing some reported problems of players not finding any matches or finding the same person over and over again Steam Cloud support has been added and is working!!!

1. Unrar
2. Install the update. Point it to the correct dir if needed Previous Updates are required to be installed
3. Copy the content from /Crack directory to the
Play the game